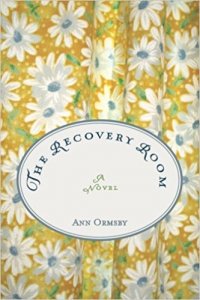 There’s a storm brewing in the quiet town of Litchfield. A whirlwind of media attention, political debate, and anger is about to sweep through and hold the fate of three women captive.

In the eye of the storm are sixteen-year-old Clara Mahoney, a lonesome girl living in a family strained by autism; Pia Fernandez, a battered wife who wants only to escape her abusive husband; and, Loren Elliot, a forty-three-year-old who can barely make ends meet with two kids in college and a husband who just lost his job.

Though these women are very different, they have a great deal in common. They are each unexpectedly pregnant, scared, and in positions where they cannot devote themselves to a child. And, they all have appointments at the same abortion clinic in Litchfield.

But getting there won’t be easy. Anti-choice forces—headed by a vain socialite and a self-indulgent priest—are mounting a demonstration against the clinic. Can these desperate women brave the chaos? Or will they let the public dictate their private decisions?